4 Benefits I Gained from Demo Day as a Prospective Student

Making the decision to attend our full-time bootcamp isn't an easy one to say the least. I understand that there's a lot of stress and doubt that comes into play when you're trying to decide if this program is doable or right for you. I understand because just a few months ago, I was in your shoes. Here's my experience and what I gained from attending Demo Day as a prospective student:

I was not set on joining Cohort XV prior to Demo Day or before meeting with Jason, the CEO of Suncoast Developers Guild. I had all kinds of negative feelings and worries around spending three months not making money, upsetting my current employers and having to somehow come up with a few thousand dollars to pay for my living expenses at least. Potentially, if financing options weren't available, it would have been nearly $20,000 on top of essentially losing all of my jobs. So… Not a fun prospect to toy with but a great well of passion I had been building for some time knowing something had to change.

I decided on becoming a developer after I had come to the realization that the name of the game in life is hustling. The fear of not being “good enough or smart enough” is largely a fallacious concept since everyone is where they are and wherever that is, that’s ok.

That’s just life and the beauty of it is that life and learning don’t stop for anyone. So with that being said, the fear of failure doesn’t outweigh the inevitable and unavoidable aspect of ignorance at any point in the process. So you might as well go for your dreams.

For me, that dream was becoming a developer...

Two key factors were involved with my being fully committed to SDG. First was seeing the pride and love that went into Demo Day and the capstone projects. It was insanely inspiring and cannot be downplayed. The second factor was the flexible payment options that were available. This showed me that Jason and the staff had confidence in the program and their abilities which gave me confidence, in turn, to leave my three well-paid jobs. 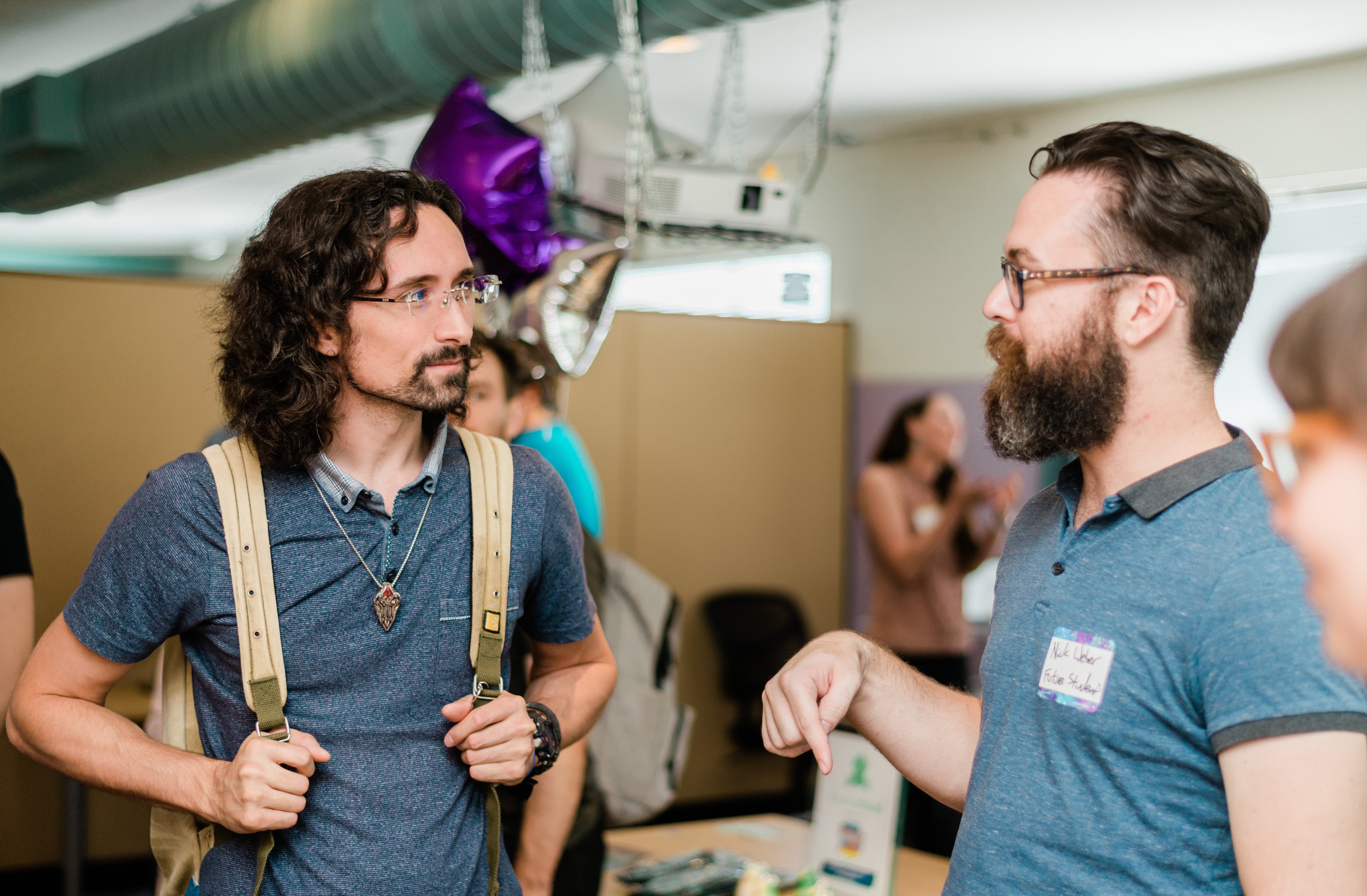 2. Getting More Familiar with My Options and Future School

I know beyond a shadow of a doubt that I benefited from Demo Day. As a student evaluating a potential school, I had plenty of questions.

First, I wondered if the school actually cared about the people and the students going through the program?

A three-month program is a very fast turn around. I wanted to make sure I wasn’t just another “unit” being pumped out and that there would be some real caring from the staff. I got to see that in action on Demo Day. I got to share in the excitement of graduation and see how much the program can cultivate eager students.

I think of a quote by Aristotle:

We are what we repeatedly do. Excellence then is not an act, but a habit.

Meaning that when your life pivots in such a way, switching fields, focus, possibilities, the foundational premise of who you are and whom you communicate yourself to be is changed in a way so often downplayed.

I also must say that it was a pleasant surprise to see the pride that Core Instructor, Mark, had for his students. I could work to describe what that looked like but I know it truly would be one of those “you’d have to be there moments”.

I was able to connect with a few of the graduates: Bea, Hector, and Phil. I asked all of them their experiences with the full-time bootcamp, highlights, hardships, future plans and made sure to sprinkle in some of my own experiences to preload them in such a way to help engender candor and honesty.

Their stories excited me and their hardships made me question myself. It was an amazing experience being able to see them on their Demo Day in so many ways. For prospective students, I feel like attending Demo Day should be mandatory.

Those three graduates and capstones that I was able to meet and see were all memorable. Phil had a flight tracker which seemed like complete magic. Bea had some seriously beautiful styling for those Hippo popsicles she loves. She even had badges custom made that all matched the same style and coloring of the original company. Hector had an app that would allow him when not at home to know where his son was in his process of homework, chores, and bedtime. Also, the babysitter was able to notify Hector of any updates with comments and checklists. They are were pretty amazing.

Demo day helped prepare me in terms of allowing me to see the direction the cohort would go. My ego led me to believe that I’d do just as well if not better than those graduating.

Demo Day hasn’t yet come but I know now I’d be lucky to accomplish as much as they did. Now, I understand more fully the investment and process of unfolding. It's a quick program, but it's extremely rigorous and some alum have even said that it's the most challenging, yet life-changing, experience that they've ever gone through.

Only briefly was I able to interact with any of the staff but it all contributed to characterize the inspirational event that was Demo Day. This event really gave me a look into what going through the cohort would be like and how I'd be equipped as a developer to succeed in post-graduation life.

I would say that if a prospective student doesn’t attend Demo Day then they might be a little too laissez-faire in their approach to a field that will likely require more. In my opinion, Demo Day is mandatory for anyone interested at all in development.

Demo day is January 31st at 2 PM. Get an inside look into our academy, connect with our graduates, or just get involved with the local tech community. You won't regret coming out to Demo Day. Will we see you there?

Get more details and RSVP here.